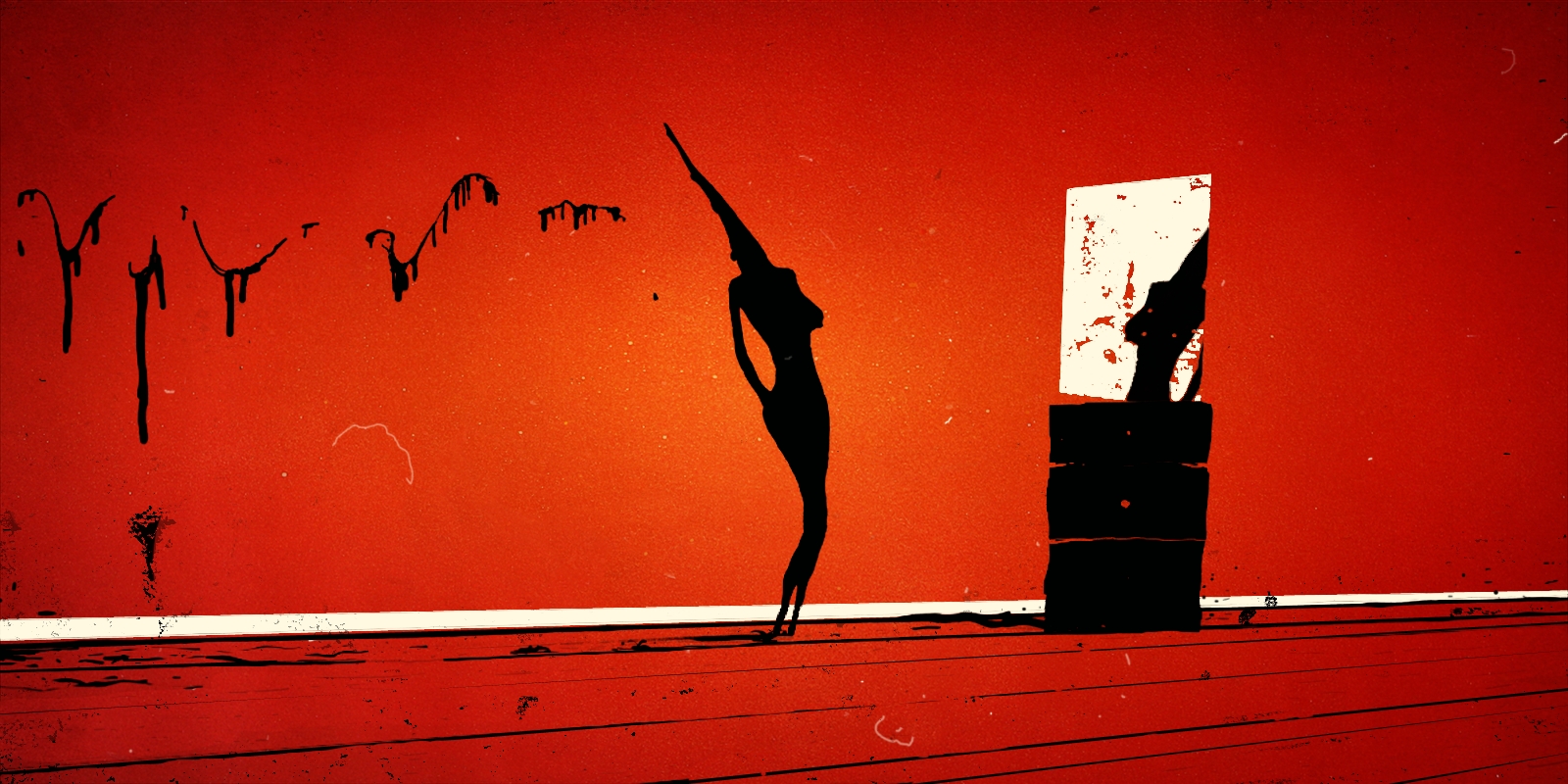 The theme of male-female relations often appears in animated films, but it is not often that we see a film which portrays the deadly charms of a femme fatale in such an insightful, original and funny way.

The festival potential of Michał Socha’s animation – his graduation film at the Academy of Fine Arts in Warsaw under the tutorage of Hieronim Neumann – was quickly noticed by the Platige Image studio in Warsaw, and decided to co-produce and promote “Laska”. Thanks to refined technical aspects and good promotion, the film has had a chance to grace the screens of the most important animation festivals over the world and has won over a dozen awards, such as in Annecy and Ottawa.

The narrative, sprouting with surrealistic humour, about a typical date with an unusual ending brings film classics into mind, shown in a refreshed form. The scene where the pair meets, has a drink, engage in a steamy dance up to a spectacular bedroom scene, the indispensable cigarette lit after the act of love – all these effects are the director’s ironic play on film clichés, applied in a tongue-in-cheek manner.

The entire experience culminates in the ending when the audience realises how destructive a man’s affection for a woman can be. The director uses the title as a pun of sorts (‘Laska’ is the equivalent of ‘chick’ in English but traditionally means a ‘walking stick’) and by contrasting the colloquial use of the word to define a beautiful woman with a walking stick for blind people, he strengthens the impact of the ending. Socha complemented the subversive plot with original visuals and stunning staging. Using only three colors (white, black and red), giving strong geometric form to objects, and seamlessly moving from figurativeness to abstraction, the director has freed himself from literal imagery. The ideas for characters’ movement – like the unusual entrance of the man who materialises himself out of his shadow or his jump onto a bed made up of equalizer bars. The smooth 2D animation is synchronised with the rhythm of expressive jazz music composed by the Meritum quartet, adding some klazmer energy to the film.

Thanks to its cinematic language and visual freshness, the stark production design and energetic animation, “Laska” has became one of the most recognisable animation shorts of the past decade, gaining its maker artistic recognition around the world. Such partnerships have brought about the animated opening of the Animator 2009 festival, the opening sequence of “The Pillars of The Earth” (2010) and various adverts created in the BrosFX studio.